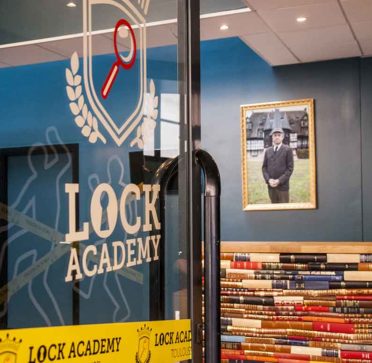 Winner of the prize 2017 best escape room of Ile-de-France, Lock Academy is opening it’s doors the 9th June in the center of Toulouse to train a new generation of detectives! Ready to investigate?
The trend Escape Room Toulouse doesn’t stop! Three years after the opening of it’s first escape room in Toulouse, novelties always more innovative are coming out and make the prefecture of Haute-Garonne one of the city the most creative and entertaining of France in this sector.

Last one arrived in Toulouse, next to the place Jeanne d’Arc, the Lock Academy is going the extra mile by offering original storylines where the goal is not to escape a room, but to solve real life criminal cases inside a Harry Potter’s Poudlard for detectives.
Opened in 2015 in Paris, this is 100% made in France and already welcomed more than 60.000 players and is surely one of the most famous in the capital.

It’s 3 young people from Toulouse, Thibaud, Nathan and Quentin, who had the idea of taking this idea of detective’s school to Toulouse. They met at work and they all love games, it’s a trip to Paris which led the to carry this original project.

At it’s opening, the Lock Academy Toulouse will offer two investigations (3 to 5 players/room):

A Near Perfect Crime: Life size Cluedo in which player need to investigate the murder of the Academy’s Dean by finding the murderer, the motive and the weapon of the Crime.

Little Miss Lock: Investigation full of twists, about the missing student, Cher Lock. Escape Room Awards 2016 and 2017 of the best plot.
In the future, it will offer other original investigation which will surprise everyone for sure!